Spotlight on Our Board Member: John Stamler

John Stamler, Ben’s Friends’ treasurer and a rare disease survivor himself, had a conversation with Garry Turner in the Episode 81 of Value through Vulnerability podcast.

John shared his inspiring work as a mentor to startups and his admiration for the entrepreneurs he works with who are so passionate about what they believe in.

He also talked about his experiences related to a rare heart defect which eventually led to his joining Ben’s Friends as a patient member in 2010. 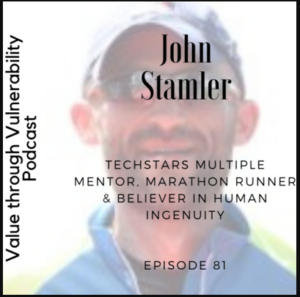 John shared that he was diagnosed with a rare heart defect in 2009 and went to more than ten doctors located in different cities such as London, New York, and Boston. He, however, did not feel treated well.

In March 2010, he finally met a surgeon at the Cleveland Clinic, Dr. Tom Mihaljevic, who has already seen a case similar to his condition.

He underwent an open heart surgery in May 2010 and then joined one of Ben’s Friends communities in June. And only a few months later, he ran a marathon in three and a half hours to raise funds for our cause. (Only after being given a full clearance by his doctor, of course.)

To give a clear picture of what Ben’s Friends communities are, John told Garry, “it’s all about connecting. Imagine you and me sitting in different locations. I’m diagnosed with, let’s just say, my heart defect. I’m scared, you welcome me, you make me feel like I’m not alone anymore.”

John considers our communities as almost like a lifeline to connect with people with a similar condition. The community helps people go through their day and he is grateful that Ben brought him in.

Our Safe and Secure Communities

John proudly shared in the podcast that our communities are safe and secure. People never have to give their full name when they join as a member.

He explained that it was really intended to protect the people who are sharing heart-felt stories. They don’t give out their real names so no one can find their information.

As John explained, “community stuff, when done right, can be very powerful, inclusive, encouraging and supportive.” And he feels so blessed that he learned this from Ben’s Friends which he was able to pass on to the other organizations he is working with.